The last few months have been unique: the abrupt end of one papacy and the election of the first Pope from the new world! We have never confronted the situation of farewelling a Pope who was still alive. This has been a difficult time for many of us who have loved and respected Pope Benedict, not only because he was our Pope but because he is such a gentle, scholarly and faithful priest and bishop.

The abdication of Pope Benedict has made it difficult for us to conclude his papacy by the usual manner of grief after death and thanksgiving through suffrage for his soul.

Many members of the ACCC treasure the special days we spent in Rome in January 2010 for the first International Conference of the English- Speaking Confraternities of Clergy. This was during the Year for Priests. The highlight of those grace-filled days was our participation in the Papal Mass for the Solemnity of the Epiphany celebrated by Pope Benedict XVI.
Let us give thanks to God for the papacy of Benedict. His contribution to the magisterial teaching of the Church is enormous and will bear fruit for ages to come. Let us keep in our prayers this ardent servant of the Gospel who has influenced us all so much.

And now we have the occasion to welcome our new pontiff, Pope Francis. His election confirmed all we ever thought about the secular media – they never understand the Church and their predictions are usually wrong.

The Confraternity welcomes our new Pope and pleads our filial loyalty and respect. We are all getting to know our new pontiff who is very different in personality and background to Pope Benedict. We do not want to fall into the facile comparisons between our new Pope and his predecessor. We pray that our new Pope will confirm the brothers in the faith and feed us with true doctrine. May he be the rock in these shifting and confronting times.

It has just been announced that Pope Francis intends to issue an encyclical letter by the end of this year. We await this first encyclical, as following previous experience; it often outlines the priorities and emphases of a new pontificate.

I am looking forward to our forthcoming annual conference to be held at Corpus Christi College Carlton from June 17 – 21. This is an excellent venue and so central in Melbourne. It is good for us to be in one of our seminaries, as it reminds us to continue our prayer and support for our seminarians.

We are honoured that Fr Tim Finigan of the Archdiocese of Southwark will be our guest speaker. Fr Tim is known to some of us through his presence at the International Conference in Rome in 2010. Perhaps he is known more through his blog: “The Hermeneutic of Continuity.” Fr Finigan is Parish Priest of Blackfen and tutors in sacramental theology at Wonersh Seminary and St Hugh’s Charterhouse in Parkminster. He is very ably equipped to lead us in marking the 50th anniversary of the commencement of Vatican II. There will be a public lecture open to all at the Cardinal Knox Centre on Wednesday June 19th at 7.30pm. The topic is: The Church, Sacrament and People of God.

I look forward to seeing as many clergy members as possible at this conference. Let us renew old friendships and forge new ones! 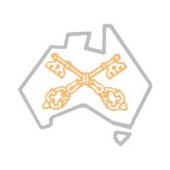 Preaching on the Trinity